What is the true story of the manager? 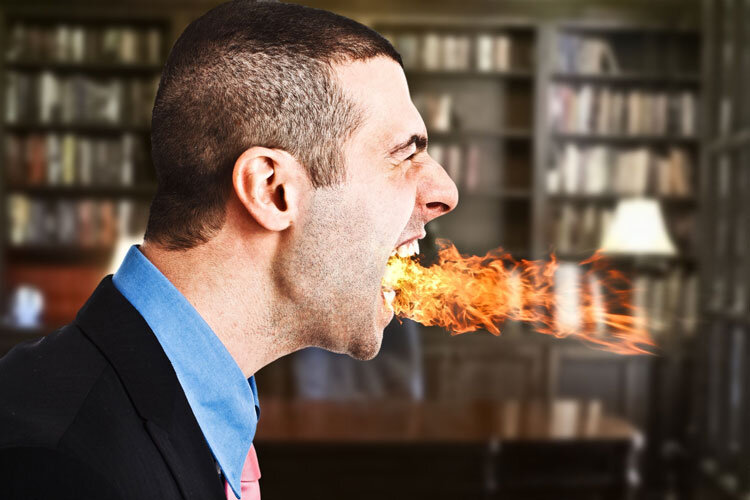 Everyone was afraid of him.

The CEO was known as a terrible bogeyman.

The wildest stories circulated about him. He brushed off other people’s opinions. He put friends in nice positions. People sometimes ran out of his office crying. In short, you’d rather stay away from him.

I managed that for a long time. Until that one day…

He asked me to come over to talk about an important project. And I suspected that our opinions were different. All the stories I had heard about him made me quite nervous.
His secretary received me and opened the door of his sanctuary for me. I tried to be as relaxed as possible and sat down at his desk. He barely looked up from his keyboard.

There I was, right in front of the enemy

He just kept typing while I waited for him to notice me. How would the conversation go? How would he react to me? Would I regret my ideas? But also: this is just crazy! I will say what I think. And if he doesn’t like that, so be it. I’m okay with leaving this job – and him!

Moments later he turned to me. “So Erik, I am so happy that you came over.” Soon it was about my project and he shared his ideas. Whereupon I boldly shared mine which were indeed different.

Uneasy, I awaited his response

Would I get his roar over me now too? Was this the inevitable end of my career? But no, on the contrary. He had listened with interest. Took notes. The conversation became extremely friendly and almost amicable. We said goodbye with a big smile and a cordial handshake.

Afterwards I analyzed this strange meeting. The man had a strong opinion indeed. Perhaps he had developed his own style, the beeping system: shouting mercilessly how it is, and if no one dares to contradict me, then I must be right. And if someone does dare to say something, it is worth listening to. Anyhow, the stories – or rather, the gossip – had misled me.

So you see what a strong effect a story can have. As a business storyteller I prefer to use the positive power of stories, because many people simply listen better to stories than to arguments. Once you realize that, you also start telling stories. But stay away from the gossip!

What is your story?

Are you a manager and do you feel that people have a wrong image of you? This is going to help you!